All to play for at John Hingley Trophy

All to play for at John Hingley Trophy 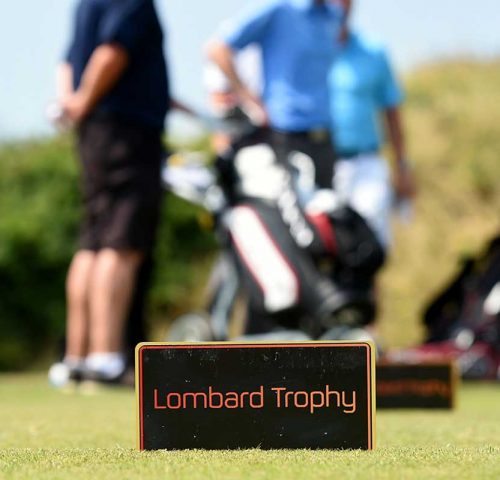 An extra incentive for winning this year’s John Hingley Trophy on Sunday, April 30, is the chance to represent Churchill & Blakedown in the Lombard Trophy – Europe’s biggest pro-am.

The winner will team up with club pro Angus Hoare against more than 60 clubs from across the Midlands in the regional final at Little Aston on Tuesday, May 16.

It is one of 14 Lombard regional finals taking place across the UK with one club from each going through to a 36-hole grand final at Portugal’s Pestana Vila Sol Golf & Resort from September 21-22.

With a total professional prize fund of £80,000, there is plenty at stake for competing pros but just as significantly for the amateur there is the chance to win a national PGA event.

The Lombard Trophy – also known as the PGA National Pro-Am Championship – was launched in 1979 when it was won by former Ryder Cup player Brian Waites and his amateur representing Hollinwell.

Each year it attracts more than 750 entries.

“As always we wish everybody good luck in the John Hingley Trophy,” said Angus.

“I’m sure the competition will be as keenly contested as ever and there is the added carrot for the winner of playing in the Lombard Trophy regional final at Little Aston.

“I’m really looking forward to representing Churchill & Blakedown and whichever member wins, they will be guaranteed a memorable day at Little Aston.”