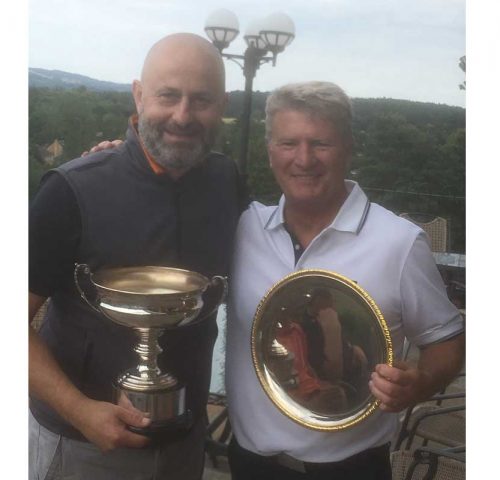 Russ shot a fine 73 on Saturday to lead Harry Innes by two shots and Dave Waldron by four.

Sunday saw a mixed start for these three leaders and on the third tee they were all tied. Scoring wasn’t easy despite the pins being in friendlier positions and in the end Russ’s round of 80 was good enough to take the title. The two round totals were Russ 153, David 155 and in third place with 158, Ethan Davies.

In the Club Handicap Trophy, after Saturday’s round, Harry Innes, net 67, led Ian Lowe by one shot and David Waldron by five. Sunday’s second round of 72 by Ian Lowe gave him a club house lead, on 140, which no-one could match. Dave Waldron came second on 145 with Harry Innes and Mel Davies tied third on 146.