Annual Trip to the Open Courses

Olivia so close in County Championships

Annual Trip to the Open Courses 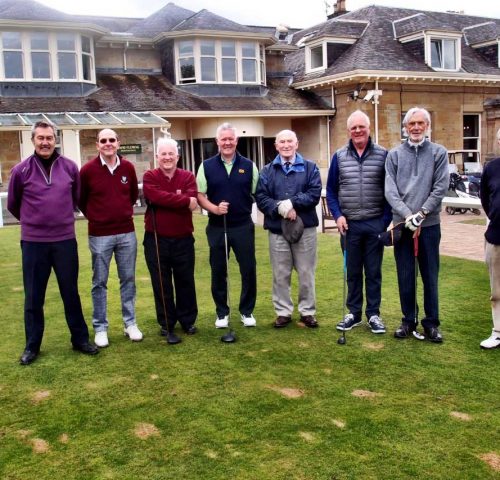 Several of our members have, for many years, been playing the venues of the Open. With only Royal Liverpool to go, this year it was decided to visit the course that saw the beginning of this wonderful major competition, namely Old Prestwick.

The picture is taken on the first tee at Old Prestwick and the guys were joined by Mr Donald MacLellan (4th from r), who is the longest standing member of the club. Mr MacLellan, now in his nineties,  has been at Old Prestwick for the past 72 years during which time he has been both Club Captain and President.
Mr MacLellan very graciously insisted we went out ahead of him as he was only playing three holes with his friend Gordon. “C’mon Gordon, we can start on the 15th.” Gordon: “I hate the 15th.”

Seventy years of hate. Just goes to show, however long you have been at a club there’s always a hole on which you struggle.