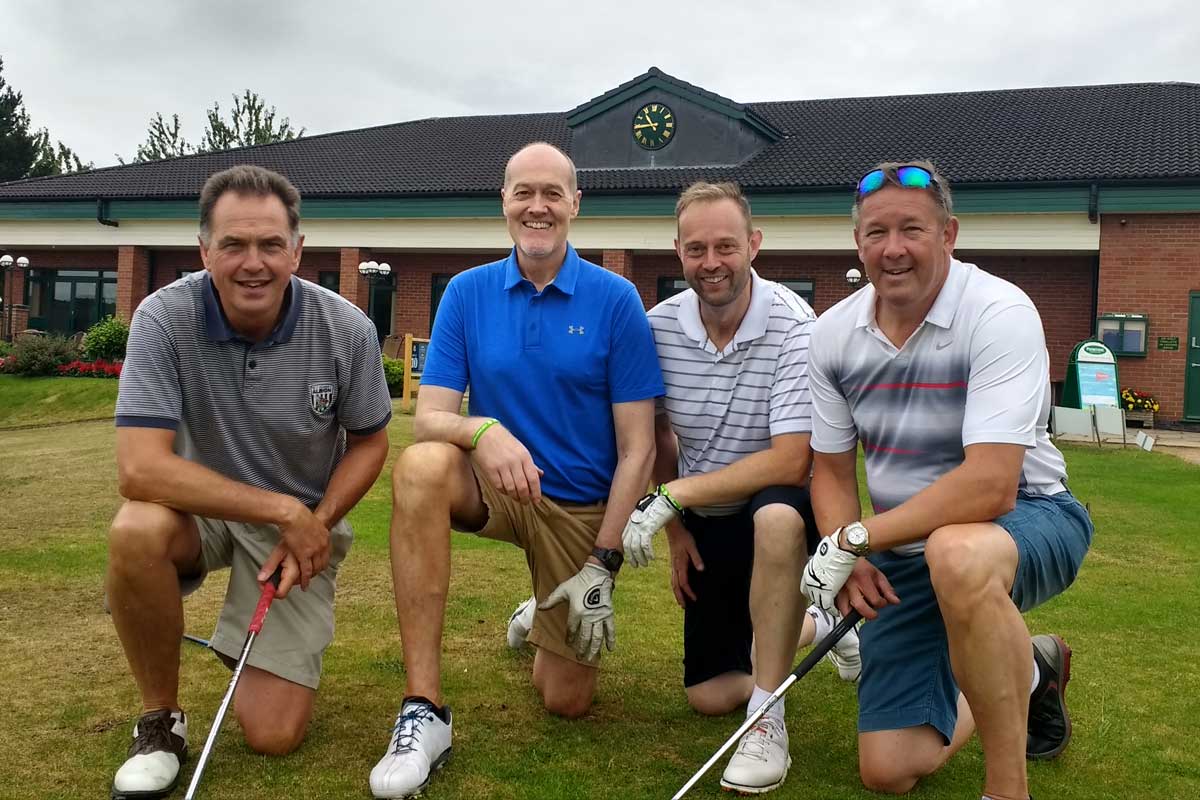 Churchill & Blakedown’s very own Fantastic Four undertook a marathon 72 holes in aid of Macmillan Cancer Support.  The quartet of Adrian Webb, Dean Sherwood, Jason Neve and Simon Bailey teed off at 5am to fit in four rounds over the picturesque north Worcestershire course.

The inspiration behind the fundraising effort was that Adrian, in September 2012, was diagnosed with skin cancer after his wife noticed a mole on his back had changed colour.   At what stage doctors gave Adrian just a year to live as the cancer spread to his lungs, spleen, liver, bowel and spine.  But with the help of trial drugs, Adrian has fought off the disease and has thrown himself into fundraising into cancer research.

“I shouldn’t be here,” said Adrian, who has become a huge fundraiser for cancer-related charities and which last year saw he and Dean plus other family and friends undertake the Three Peaks Challenge –   scaling Ben Nevis, Scafell Pike and Snowdon.

The awesome foursome teed off at the slightly less mountainous Churchill & Blakedown at 5am and completed the last hole just before 9pm.

Dean, Adrian’s brother-in-law, said: “It was a very tiring day not helped by us all getting bitten to death because we were all in shorts.

“What was a great help was the support the Club gave us by allowing us to do the challenge and asking other members to let us through as required, which they did magnificently.

“Also, the personal help from captain Bob Julier and Joe Wier, in the pro shop, on the day and the very kind gesture from steward John Voizey to come in on his day off and organize some lunch for us all.

“There are also a lot of others to thank for sponsorship and goodwill messages.”

The quartet has already £1131.00 in pledges on their Just Giving page while Dean has £300 plus on his own sponsor form to put in.