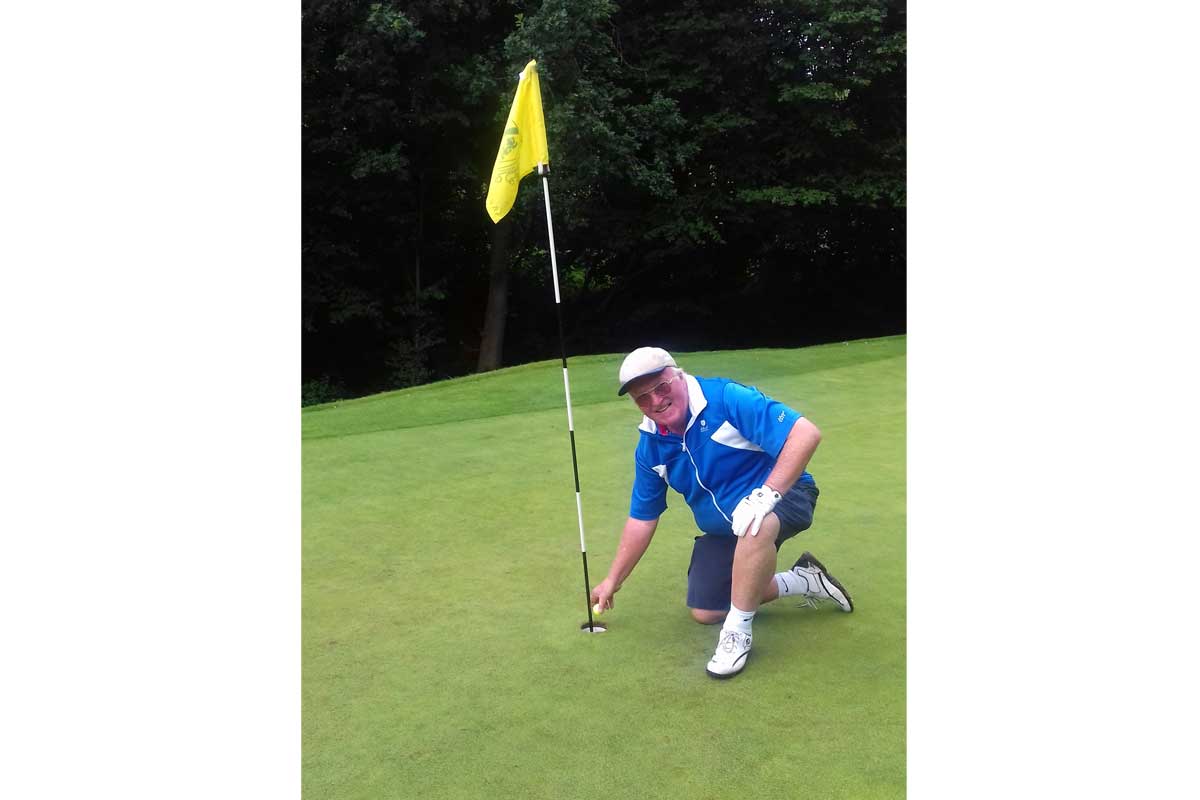 Dick Basterfield will long remember Churchill & Blakedown after sinking his first ever hole-in-one after 30 years of playing golf.   The Aldwickbury Park Golf Club member, who plays off 18, was playing as a guest of Chris Reade when he aced the 4th.  He then followed that up by birdieing the 13th.

“It was a perfect tee shot” said Chris. “He had a lot of height, it landed nicely, slightly to the right as you have to, and then two or three bounces and it was in the hole.

“I don’t think you can print what he said but he was obviously delighted. He has been playing golf for 25 or 30 years and that was his first ever hole-in-one.  In fact he texted me the other day and said he was still on a high.”

The pair are old friends with Dick originally from Halesowen but this was the first time he had played Churchill & Blakedown.

“He thought the course was great,” added Chris.