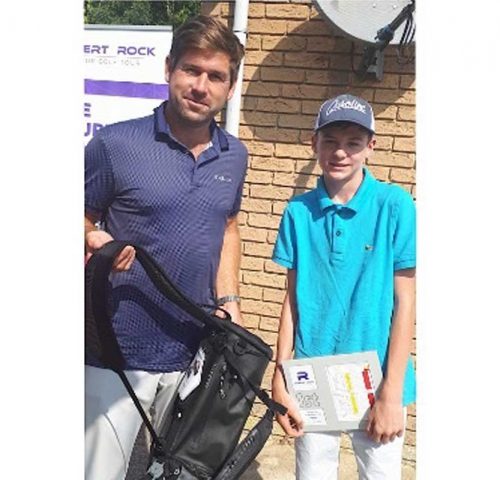 Everyone has heard of Robert Rock, European Tour Winner. Some years ago Robert started his nationwide Junior Tour for under 18s with events at clubs around the country. Club Junior Member, Elliott Toman has been competing on the tour this year. Last week he played at Ruddington Grange, near Nottingham, shooting a superb 4 under to win the nett event. Elliott is pictured with Robert and his prize and framed card. Well played indeed! Next stop Gloucester.

Elliott commenced his membership with a handicap of 35 and has reduced this to 16 in under two years. At that rate who knows!