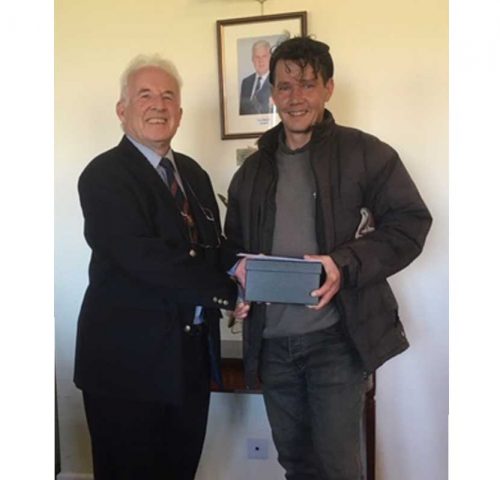 The Golf Club’s Head Greenkeeper, Mark Clewes, was presented with an inscribed tankard, together with other tokens of appreciation, to commemorate his 25 years service by the Club Honorary President Chris Palin.

Mark joined Churchill & Blakedown in early 1994 and was promoted to Head Greenkeeper later that year. Chris made mention of the numerous challenges that Mark had faced over the years and underlined his unblemished record of service to the Club. He thanked him for his total devotion to the Club and for his loyalty and hard work.