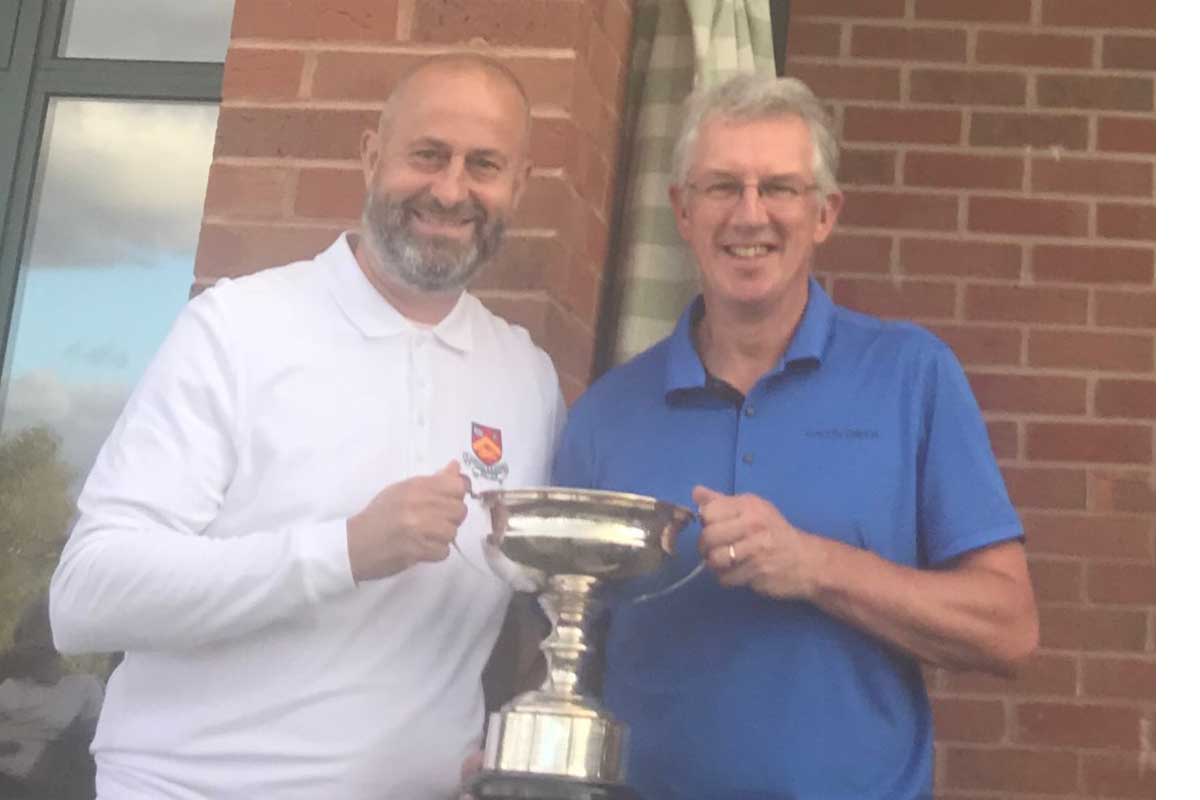 Paul Innes birdied the 18th to win the Club Championship Scratch Prize after an exciting battle with Dave Waldron and Charles Worrall.

After the first round only two shots separated the three leading contenders who would play together in round two.   Paul, 83 led the way with Dave one shot behind and Charles Worrall on 85.

And so to Sunday, and the back nine. It was still anybody’s game. Paul and David tied on 123, Charles one shot back.   With six holes to go the order had changed after Charles birdied 10 and parred 11. Charles and Dave 135, Paul one shot back.   Birdies and bogeys meant that with three holes to play Paul and Dave were tied and held a three shot lead over Charles.

Standing on the 18th tee a three hole play-off looked likely as Paul and Dave were still tied.  Two shots later Paul was through the green and Dave just short. Dave was unable to make birdie and Paul’s chip and single putt gave him a one shot victory.

All three played some great golf and deserved the plaudits from the small group who had gathered to watch the conclusion.

Many congratulations to Paul and all of those who took part.

Meanwhile there were several exceptional scores in the Nett Championship with Keith Cosnett’s 66 being the best of the weekend.   Congratulations to Keith, our nett champion and also to Paul Tildesley, 67 and captain Bob Julier, 68.

All three can now enjoy playing off their new, lower handicaps!