Club Moving with the Times

Club Moving with the Times 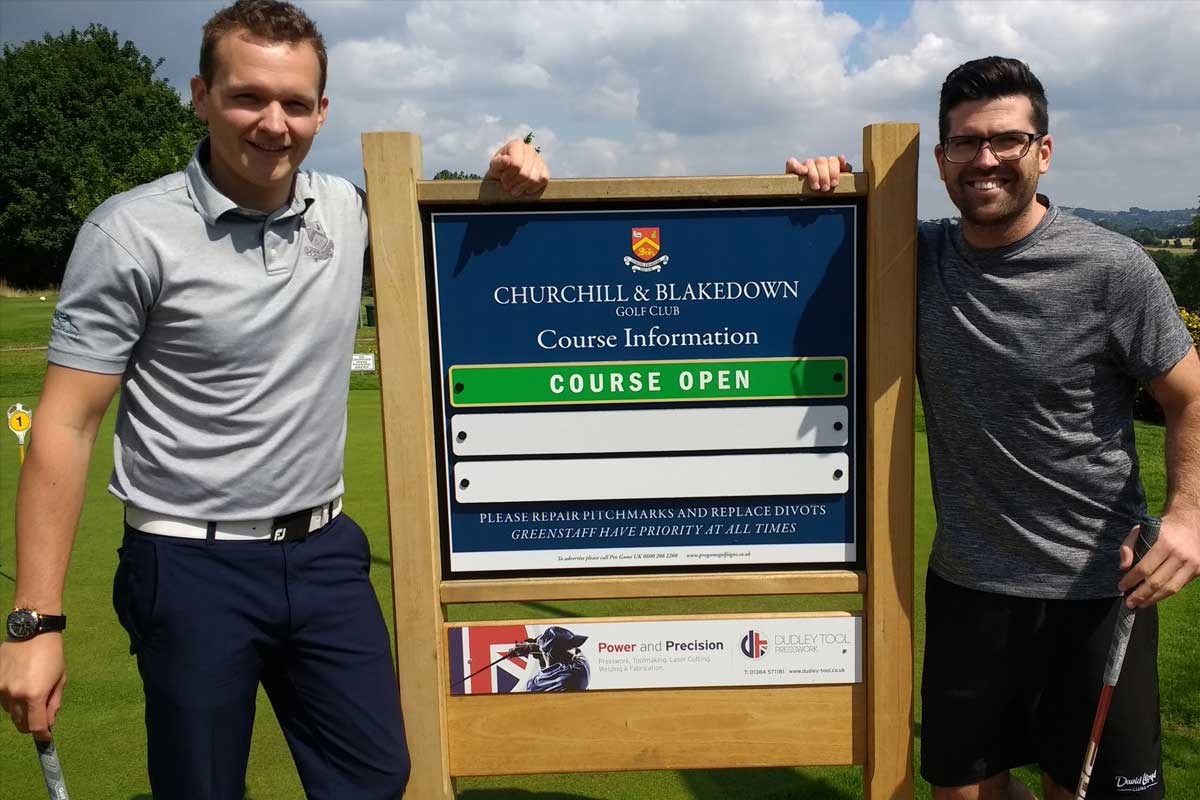 Sports movement specialist Luke Evans is set to ensure Churchill & Blakedown members tee up their bodies to get the most out of their golf.

Luke is working with the Club’s PGA pros Angus Hoare and Phil Lathwood to help members realise their golfing potential by analysing their physical strengths and weaknesses.  The trio hope the innovative idea will catch on with golfers – many of whom might be struggling with the usual aches and pains brought on by sedentary modern-day lifestyles.

It was in fact current member Andy Blackwell who brought Luke to the Club’s attention having undergone several sessions with the Worcester-based sports scientist to alleviate back issues of his own which left him struggling to play golf pain free.  He suggested Luke speak to Phil and Angus and the pair were so impressed with his knowledge, energy and enthusiasm that they determined to incorporate his services within the Club.

“Coaching and custom-fitting can have a huge impact on golfers but probably the most neglected aspect of the equation is the golfer’s own physical limitations,” said Angus.  “We really feel working with Luke can have major benefits for those members who, for whatever reason, might be struggling with physical issues.”

Luke, who had schoolboy forms with Norwich City, Kilmarnock and Ayr, before becoming an elite level 800m and 1500m runner, specialises in diagnosing how people move and tailoring programmes to get them moving properly.

“I’m not a physio just a sports therapist,” said Luke. “I’m severely dyslexic so the way I have learned, I look at something and I won’t see how someone is hitting a golf ball, I will see how their bones, body and muscles are moving and why that is being restricted. And that is what I love doing.

“Many people spend hours and hours at a desk or sitting in a car, and their muscles shorten. The whole body is linked so if your hamstrings become tight from sitting from long periods, that has a knock-on effect on the lower back a lot of the time.

“Of course, people think, ‘oh my lower back is a bit tight, I don’t know why, what can I do? I’ll go and see somebody’. And often people will say that that is the cause. But it is rarely the issue, rather if the hamstrings become tight, the glutes become  neglected and as a result the lower back ends up taking the most stress.

“I always say it is easier to prevent than it is to cure. So, if you can prevent any injuries by stretching, doing mobility work, foam rolling, anything like that to stretch out your hamstrings, activate your glutes, work on not protracting your shoulders, you will, one: have a healthier lifestyle and two: move like you are meant to.”

Phil has undergone a session himself where Luke diagnosed really tight shoulders and muscles at the top of his back which were restricting his rotation.  Pre a 90 minute session with Luke, Phil was averaging clubhead speed of 85-87mph. Afterwards Phil’s clubhead speed was up to the early 90s with a maximum of 95mph.

“And it is simple things. For example with Phil – he can obviously strike the ball well, good looking swing, and is young and fit. But we had a look at some movement based patterns with him and the amount of tension he has got in his back, it didn’t move so it was all coming from the arms and hips instead of actually rotating that core because the back wouldn’t allow him to.

“So we released a lot of the tension and Phil immediately generated greater clubhead speed.”

Phil added: “I think all of us probably have physical issues to some degree or other and we believe working with Luke can potentially reap benefits and I hope it can prove a valuable addition to the services we offer to members at the Club.” 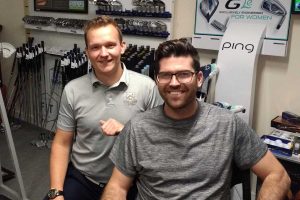