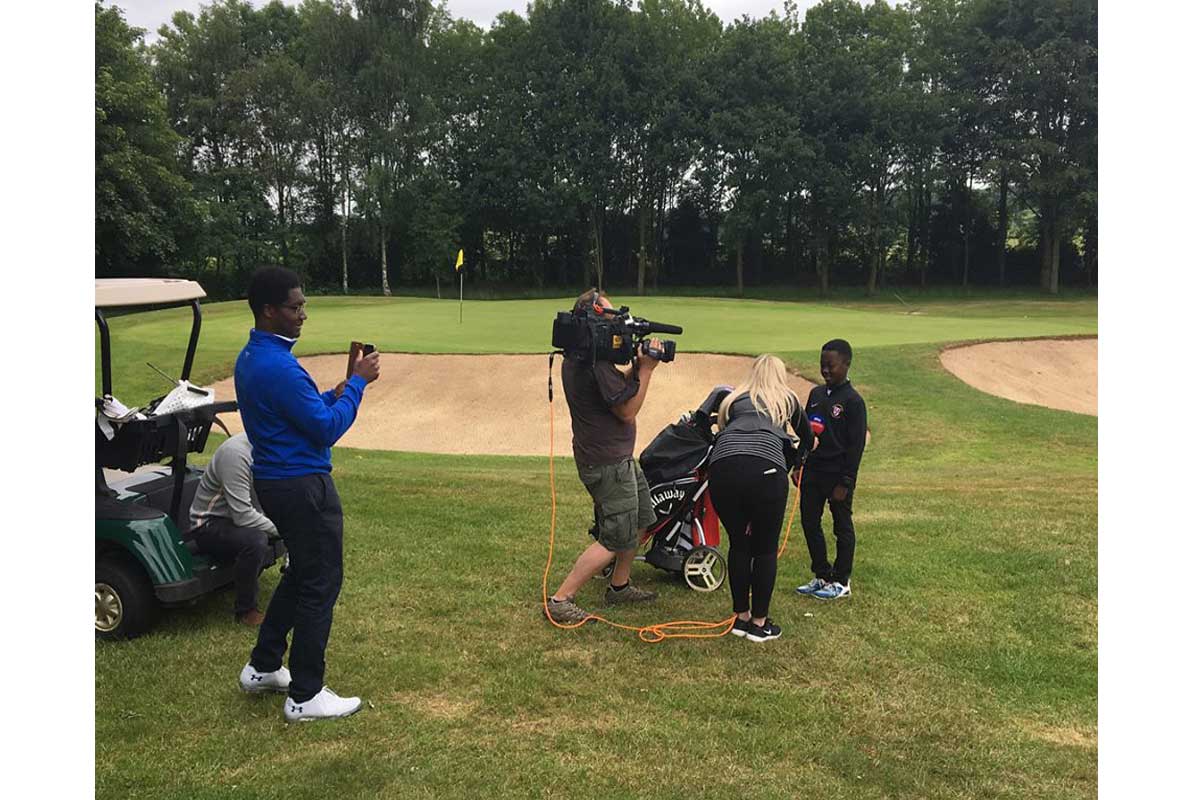 It was a case of lights, cameras, action on Sunday at Churchill & Blakedown Golf Club as Sky Sports came to film head PGA pro Angus Hoare and two of his talented charges.
Brothers Brandon Sarfo, aged 16, and Hayden, eight, are long-standing pupils of Angus and have both been capturing the golfing headlines.
Older brother Brandon, who plays off three, is part of the England Midland Training Squad U18s squad while Hayden has qualified for the World Junior Golf Championships in San Diego in July.
Haydn has a 22 handicap and has been wowing coaches and members alike with his smooth swing and golfing skills.
Sky Sports presenter Kirsty Edwards and cameraman spent three hours at the club where they filmed the juniors in action while also speaking to dad Claude and Angus.
“I’ve been working with Brandon for four years and Hayden for two years,” said Angus.
“Haydn qualifying for the World Junior Golf Championships has attracted a lot of media attention. He already plays off 22 which is really pretty impressive for an eight year old and I think he could go all the way.
“I love coaching both the boys. With Hayden we work a lot on the fundamentals. He swings it lovely but if the fundamentals breakdown that is when the bad shots come so we work a lot on grip, posture and alignment.”
Churchill & Blakedown is making great strides in growing its juniors section with 30 on its books.
Angus, who is a PGA Advanced Professional, and fellow PGA pro Phil Lathwood are both passionate about encouraging more juniors into golf and welcomed the chance to showcase the club.
“We host a lot of coaching programmes at Churchill & Blakedown and also do a lot of out reach work in schools and also adults centres for those with learning disabilities,” added Angus.
“Golf is a great game for kids, both for the health and well-being of being outside but also for teaching them about life-skills. The more we can get playing the better.”
Any parents interested in getting their children into golf can call Angus and Phil on 01562 700445 to find out more. 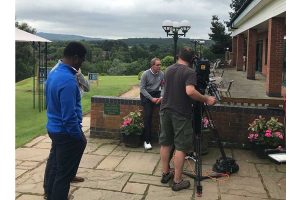